WE ARE TRACKMANIA – A Trackmania Homage 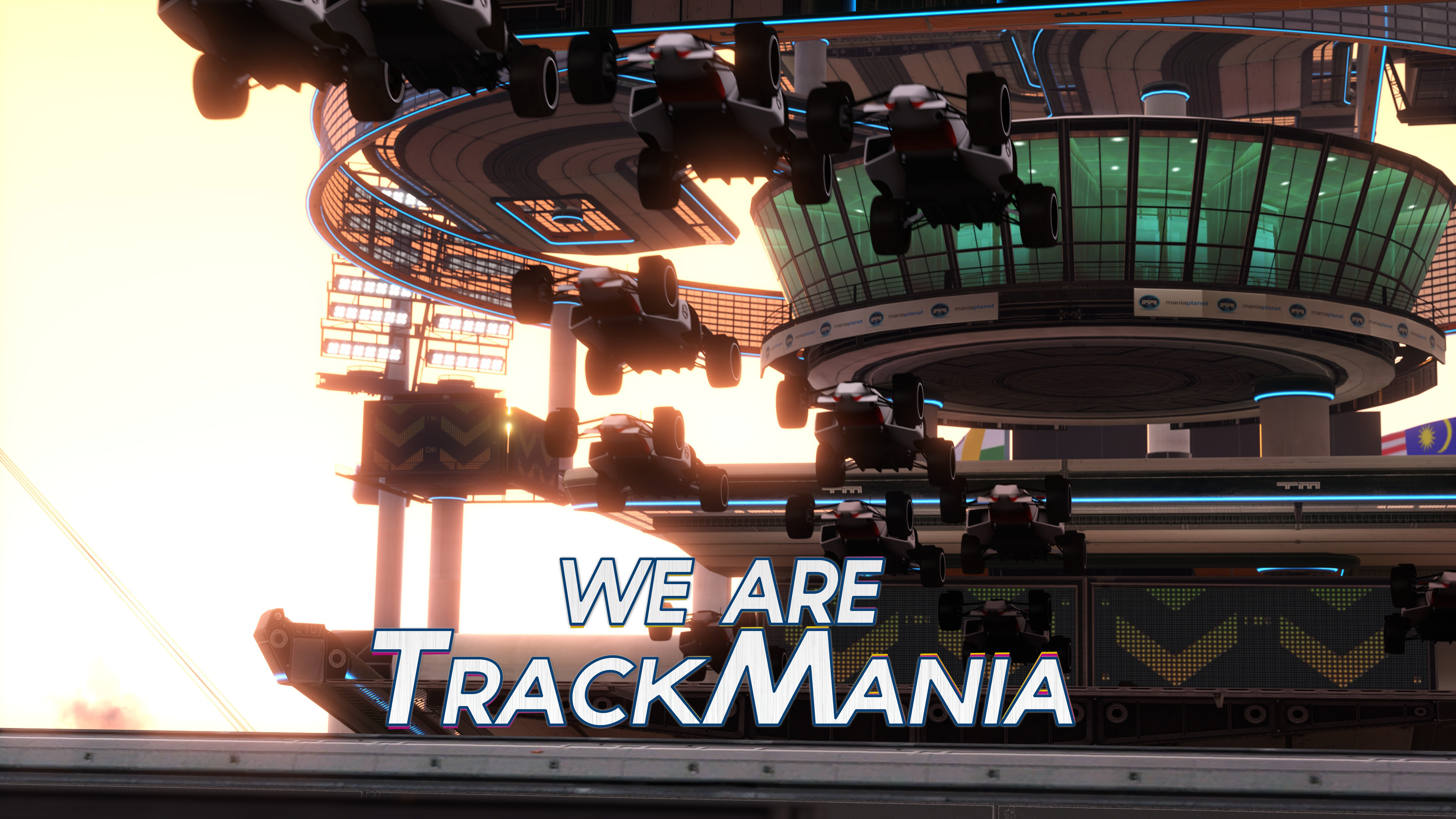 It’s not often that you finish something and you can be kind of proud of it. We Are Trackmania had not only the goal to finally contain some good replays in an universal skillmovie through all environments, it also was destined to be my big footprint in the minds of our community as someone who atleast tried to capture some parts of an important generation of Trackmania players. It began as a little skillmovie about my own skills, grew into a sunrise-environment skillmovie and eventually became a cross-generational Trackmania skillmovie with mostly different players, mappers and styles. 28 minutes sounds quite long, but it was still not long enough to make everyone happy obviously, but that’s kind of the spirit movies of these kinds have. If you are in the movie, you have a confirmation of your dedication to the game – definite -, but as this movie doesn’t really cover our whole and diverse community, these players form rather an example for the masses: An example of our great competitive and respectful culture that is Trackmania. And that’s what the movie is about. It’s the scope showing the beautiful side of our favorite game, but still letting the room to explore all of the other things left to see. As I believe the one or other non-Trackmaniac will stumble over it, he shall like what he witnesses and explore the rest afterwards.

I hope the average (or literally lunatic) Trackmaniac enjoys it too! Not only should you blindly watch it ( he he ), but also gather some inspiration for your potential future projects as a movie maker, content creator or mapper! Trackmania also relies on community content and if we keep the ecosystem of fun, competition, entertainment and promotion healthy enough, the community will only benefit from that! So be creative and show us what you got!

Thanks for watching and supporting!
~Ozon

The day has finally come. After more than 1 year, I finally finished the classic track minimovie I once started…, but it has evolved! From a 6 minute funtrack video, into a classic map showoff, into a sunrise environment skillmovie and then into a universal Trackmania Skillmovie. The “Movie” in skillmovie stands for cameras, action and fun!

I quite had a lot of difficulties with this child; it was difficult to maintain motivation throughout the project and especially during the last 2 months. You’re just taking a look into the project file and you really needed to fathom the amount of remaining workload you had to put into this film. I’m happy I made it to the deadline and yes, I did rush it in the end, but it probably wouldn’t have been looking much better if I kept waiting another month.

Anyway, as long as I needed for this film to finish, I still haven’t included every player from Trackmania ever. What a surprise! If you are not in it, it doesn’t mean you’re bad at all; I’ve been looking for replays of a specific criteria, which excludes replays without close opponent replays (on TMX). So it could mean that you’re quite a well driver, for being so far ahead of everyone.

Talking about the film techniques, I made a little “behind the curtain” recording, which I partially fucked up, so here you go.

To put it all in a bag, I really enjoyed making this movie. It was a struggle most of the time, but I tend to only remember the fun parts of it all, as well as the endless changing of things. I hope you enjoyed this movie atleast as much as I did enjoy making it. I’m sorry for not writing more about this movie right now. I worked on it two nightshifts through and my head is almost full of unreflected info and empty of ideas about what to write about it. I wish I could’ve counted the hours I sat on it to brag about it 😀 .

To everyone who won in the giveaway: You will get a message from myself very soon! Stay tuned! Congratulations to iRetro (I think it was you), who guessed the time 100 % exactly!

To everyone else (and you too): Thank you for watching and supporting! You guys will always have a place in my heart. If you have gotten to the ending already, don’t act surprised about how I will retire from TM soon. I will not completely leave, but be a less active member for the next months or years. I might get more active during some key events, but that’s it.

Begin to Wonder by NLpwf

GC6 – Diary of Jane by Insane

UL9 – Moar or gtfo by Wormi

UL1 – Coast in Water by Gued

The Upbeats – Falling into Place

Theme by Anders Noren — Up ↑